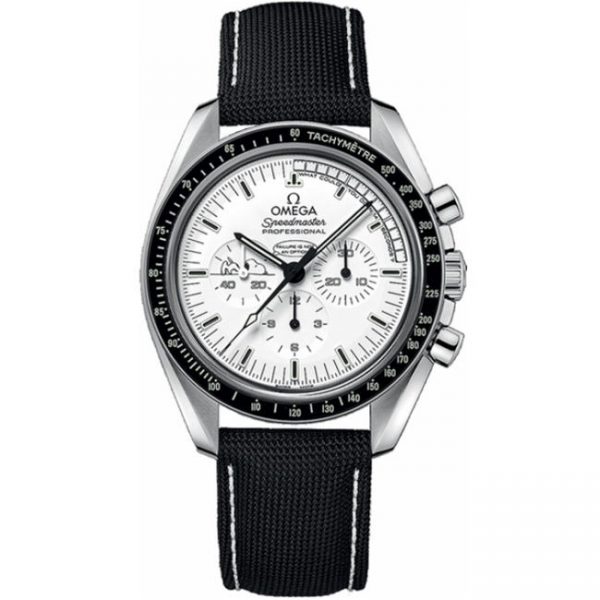 Replica Omega Speedmaster Silver Snoopy Apollo XIII 45th Anniversary, to commemorate the 45th anniversary of the award, this inspirational “moonwatch” is equipped with a new white dial, with a small dial at 9 o’clock decorated with a Snoopy pattern drawn by a Super-LumiNova luminous coating. The inscriptions “Failure is not an option” and “What could you do in 14 seconds?” are transferred on the dial, with 14 squares combined into a Snoopy comic. The 42 mm frosted and polished case is made of stainless steel, and the polished black ceramic bezel is also equipped with a tachymeter scale coated with Super-LumiNova.

For those not aware, Snoopy, the dog from Charles Schulz’s pop comic strip Peanuts, was co-opted by NASA as their safety mascot for the Apollo program. The Silver Snoopy award was given out by NASA to those who contributed towards the safety and success of the Apollo missions. In 1970, Omega was awarded the Silver Snoopy for their role in the Apollo program and this new Omega Speedmaster Apollo 13 Silver Snoopy Award Limited Edition watch commemorates their role and the eventual safe return of the Apollo crew on April 17th, 1970. More Omega Speedmaster clone watches.