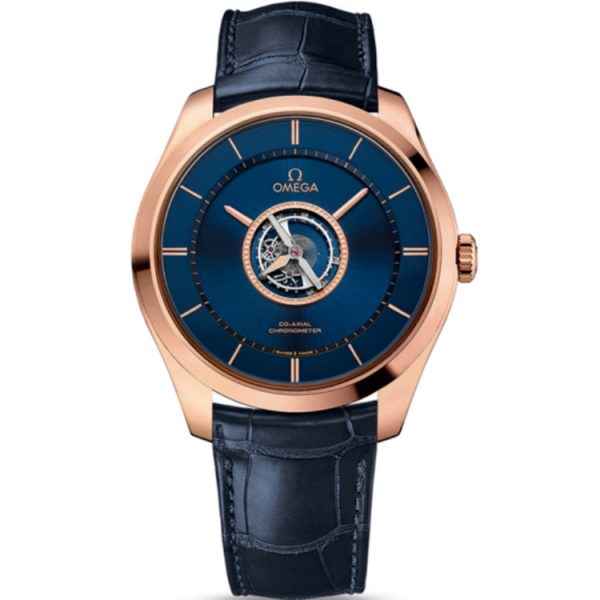 Replica Omega De Ville Central Tourbillon, the central tourbillon was first introduced in the De Ville family of watches by Omega in 1994, and it was both a remarkable achievement and a statement of purpose for one of Switzerland’s largest and most important watch firms.

Replica Omega De Ville Central Tourbillon, the 44mm tourbillon case is crafted from 18K Sedna™ gold, as are the “flying hands”, which are applied to a sapphire crystal, and the brushed seconds hand that is set within the tourbillon titanium bridge. The dial and the inner ring are sun-brushed 18K Sedna™ gold treated with blue PVD, while the elegant 18K Sedna™ gold second markers form a ring in a railroad design obtained by laser ablation. The words “Co-Axial Chronometer” and the OMEGA symbol in 18K Sedna™ gold were revealed when the PVD treatment was removed.